Isn’t The New Yorker supposed to be a serious magazine? Slate reports on the 5,000 word profile of actress Scarett Johansson by so-called journalist Anthony Lane:

Scarlett Johansson’s eyelashes are like a camel’s. Her lush womanliness takes vibrant, palpable form. There is a beguiling, peppery charm to this irresistiblescreen siren, no lie. She begins to speak and, oh, what a voice!

Would it be construed as trespass, therefore, to state that Johansson looks tellingly radiant in the flesh? Mind you, she rarely looks unradiant, so it’s hard to say whether her condition [pregnancy] has made a difference.

Johansson was, indeed, gilded to behold. She seemed to be made from champagne.

Then came the laugh: dry and dirty, as if this were a drama class and her task was to play a Martini.

… using nothing but the honey of her voice …

What the fuck? This is The New Yorker. I write this whole blog about gender equality in the fantasy world, and how are we ever going to get anywhere when the “best” writers for our “best” magazines repeatedly reduce actresses to objects? This guy’s job title is film critic. As Esther Breger writes in The New Republic: “Try to imagine The New Yorker running this about Matthew McConaughey, or Michael Fassbender.”

Perhaps, it won’t surprise you that Lane, though the most prestigious, is not near the first interviewer to comment on Johansson’s underwear.

In another earlier interview, after Robert Downey Jr comments on the sexist questions directed at Johansson, she says to him: “How come you get the really interesting existential question and I get the, like, rabbit food question?”

Yes, how come world? Why is that?

During the Academy Awards, The Representation Project started the hashtag #AskHerMore to get journalists to interview actresses about subjects other than their clothing/ appearance:

Even at the Oscars, where we celebrate the highest artistic achievements in film, reporters often focus more on a woman’s appearance than what she has accomplished. This Sunday night we’re encouraging the media to #AskHerMore!

Part of the inspiration for the hashtag was Cate Blanchett’s irritated response at a previous awards show when the camera panned her body up and down. Blanchett asked: “Do you do that to the guys?” PolyMic reported: “Blanchett’s reaction shows yet another subtle moment of sexism that even the most successful women have to deal with.”

It’s kind of sad that these moments are considered “subtle.” Enough already. When will the media treat women like actual human beings? 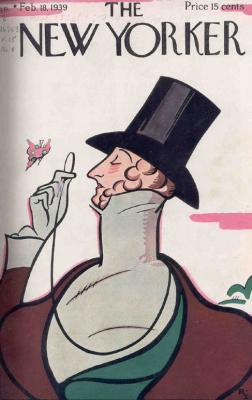 After reading the eloquent letter to the magazine, a friend of mine laughs, noting that one of the few female bylines Hays references belongs to Patricia Marx, who “writes frenzied reports of NYC shopping.”

Nice to know the magazine famous for jumpstarting the careers of so many well-respected male writers delegates a bit of precious space.