Is Eminem too controversial to win the Grammy for Album of the Year?

Over the years, Eminem has won 13 Grammys but he’s never been recognized outside of the rap genre. This year he was nominated in ten categories including Song of the Year and Record of the Year, along with 8 other nominations. He walked away with just two wins: Best Solo Rap Performance and Best Rap Album.

Eminem rocketed to fame over ten years ago as a rare successful white rapper, with songs that included controversial lyrics about raping his mom and killing his girlfriend. He disappeared for several years, then staged a comeback in 2010 with his brilliant album “Recovery.”

“Recovery” is nothing less than mesmerizing. For me, it’s like listening to Bob Dylan; every time I put it on, even after listening a million times, I hear something new. It’s pretty fascinating to witness Eminem’s transition from Slim Shady who sang about all kinds of violence against women to his recent hit “Love the Way You Lie” which shows a deeper perspective on the issue. That song also features Rhianna, well known as a victim of violence from boyfriend Chris Brown. Rhianna has been pretty silent on the events that happened to her, making her decision to show up in this song, in some ways, her most significant commentary.

With “Recovery,” as always, Eminem brings issues to the forefront many people would prefer to ignore or pretend don’t exist. Sexual violence against women happens every day. It hasn’t gone away; Eminem’s music, in every stage, forces listeners to recognize this epidemic exists.

I Prefer My Misogyny Straight Up.

I LIKE hip-hop music. I know I’m not supposed to because so many of the songs have horrifyingly violent, sexist or homophobic lyrics.

Hip-hop is also the most innovative thing to happen to music in a long time.

When you compare hip-hop to its biggest rival for domination of the music charts – the corporate-created Backstreet Boys and N’sync, and pop-pincess clones Britney Spears and Christina Aguilera – rappers/ producers like Dr. Dre and Method Man are infinitely more talented. Hip-hop is captivating precisely because it tells a story, overlaying lyrics on top of familiar backbeats, creating songs that are at once new and familiar.

The story hip-hop tells may be disturbing or degrading, but that’s no reason to shun it. As art has always done, hip-hop describes our times, exposing a sometimes ugly world- of drugs, sexism, poverty and violence- that middle-class America may prefer to hide away.

In the ’60s, Bob Dylan enraged those who upheld the status quo. Today, we have a whole new slew of musical poets.

Just like they did with Dylan, the older generation asks, “How can you listen to this awful music? There’s no melody! And those lyrics!”

Baby boomers protest that THEIR songs were about peace and love, while hip-hop celebrates killing and humiliates women.

But surely rock ‘n’ roll stars have never been known for their kindness to women. The Rolling Stones cranked out hits like “Under My Thumb,” “Brown Sugar” and “Little T & A,” sneered through lyrics like “You make a dead man come” and glorified violence in songs like “Midnight Rambler.”

Sexual violence in lyrics wasn’t limited to bad boy bands either. Old peaceniks Jerry Garcia and Neil Young sang songs like “Down by the River” about murdering a lover. Ever since Elvis shook his pelvis, music has shocked, and the older generation just didn’t get it. 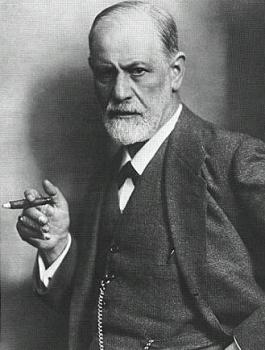 But Freudians would tell you Eminem’s mother rage and sexual fantasies are pure id, the uncensored subconscious struggling for self expression. The views of Sigmund Freud, of course, are infamous for his distorted views on women, though that doesn’t stop us from studying him in our best educational institutions. Nor should it.

Hip-hop may be more shocking and graphic than your run-of-the-mill shapers of Western thought, but I prefer my misogyny straight up. Movies like “Pretty Woman,” in which Julia Roberts plays a prostitute with a heart of gold, may be prettier packaging, but if you think women are “hos,” just tell me so.

Nor is disdain for men by women artists a new fad. Sylvia Plath, the late poet and darling of English lit majors, famously compared male genitalia to turkey necks and gizzards. Never one to shy away from sex or violence, she once said she “eats men like air.”

The difference, of course, is when women say these things, it really is just art. Because men are the guys with power, their expressions of domination, violence and sexual exploitation contribute to a culture where women really are forced into limited categories of queens or hos, where masculinity is defined by how many babes you score, and where women often are left powerless and exploited.

But sanitizing music is just shooting the messenger; it can’t transform a sexist culture. Warning stickers on CD covers are no protection from the deeply entrenched social realities that hip-hop pushes right in your face.

Women won’t feel threatened by lyrics when they overcome real inequities and get real power. Women will then be too busy making art and making deals to waste time wondering if they should side with the radical right, clamoring to keep obscenities out of Wal-Mart.

9 thoughts on “Is Eminem still too controversial to win Grammy?”