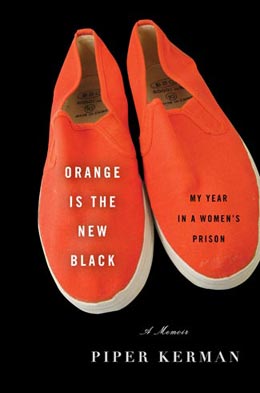 We recently discovered ReelGirl, a blog by writer and commentator Margot Magowan. She also co-founded the Woodhull Institute for Ethical Leadership, which provides professional training for young women. We decided to pick her brain about raising three daughters, her favorite blogs, and why dieting bored her to tears.

How do you instill a healthy body image in your daughters?

I tell my daughters they’re beautiful “on the inside and the outside,” all the time. It’s kind of cheesy but I think it works, and it’s true! I also tell them how smart and strong they are. When I hear them ask each other what pet, animal or creature in a book illustration is the “cutest” or “prettiest” I interrupt and say, “But what does she do? Is she smart? Is she strong? Does she have fun? Is she happy?” Whenever possible, I try to take the emphasis off of appearances. I try not to say disparaging things about how I look or the way other women look, even positive stuff, actually, like comment on the hair or make up or outfits of women on TV or in magazines. I hide my Us Weekly!

You wear a lot of hats–writer, speaker, mom, wife–what do you do when you need to recharge?

My kids go to bed at 7 p.m. I get dates confused, I’m often late for appointments, but those kids are on a schedule and that schedule hardly changes! That way, I know when it’s my time. I love spending that time with my husband, reading, hanging out with friends, or seeing a movie. I love to walk the labyrinth at Grace Cathedral in San Francisco. I’d love to say I wake up at five a.m. and meditate, but I don’t. It’s on my list.

What do you see as some of the greatest internal or self imposed barriers that keep women from succeeding professionally?

I think a lot of women for one reason or another have bought into a split (that men aren’t subject to at all) that they have to choose between being a “good mom” or being successful professionally. I don’t feel that division emotionally. Having kids has made me more ambitious and much more financially responsible. I’m a better mother and more present for my kids when I spend time away from them in other ways that fulfill me.

For the rest of the interview see www.fitwoman.com