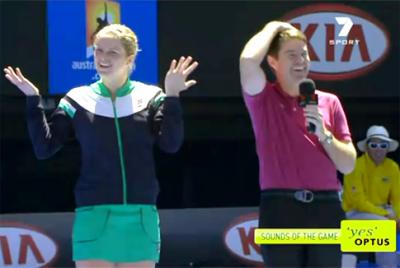 5 thoughts on “ReelGirl star of the week: Kim Clijsters”