What a magical night! What an awesome team! What a beautiful city! Matt Cain– what a star! Edgar Renteria– what defense! Bruce Bochy totally outmanaged that team. He was brilliant.

Here are some of my photos from Game 2. My favorite one is the two bald heads: Cody Ross and Aubrey Huff.

My husband, Dan, caught a ball, impressing Mary Hart, from “Entertainment Tonight,” behind him (pretty hilarious since we’ve been known to argue at home– ET versus sports.)

And the best thing of all, arriving a little nervous, but becoming a happy fan. GO GIANTS!

Were you there? Tell me about it. Not just these games, but any memories of  being a Giants fan. I’m collecting comments for a book. Thank you! 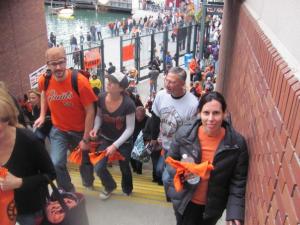 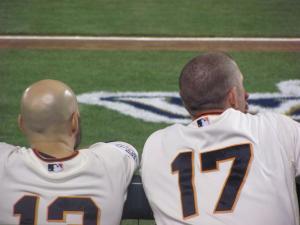 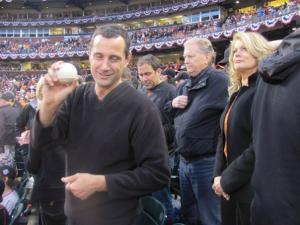 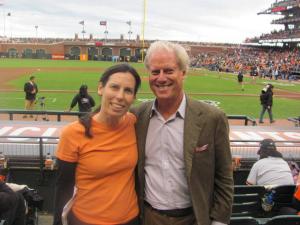