In defense of Sheryl Sandberg’s much maligned Lean In, I compared the book to No Excuses by former President of Planned Parenthood, Gloria Feldt. That book, which I read a couple years ago, has a similar thesis. It focuses on strategies that can help women succeed in the workplace, and it debuted with no feminist uproar.

Thanks for making the comparison between my book and Sheryl’s. You hit the nail on the head in many ways. I’d just like to say for the record that since my goal is to move women forward toward parity in top leadership positions, I’m thrilled that a woman like Sheryl in a powerful corporate position is so willing to say these things.

She and I have discussed that there is a need to be able to work in the system and to change it. I tend to come down more on the side of changing the system, but then movement building has been my career.

And I’m doing it again with Take The Lead (www.taketheleadwomen.com) if anyone wants to check it out and possibly hop on board to help us reach leadership gender parity by 2025. 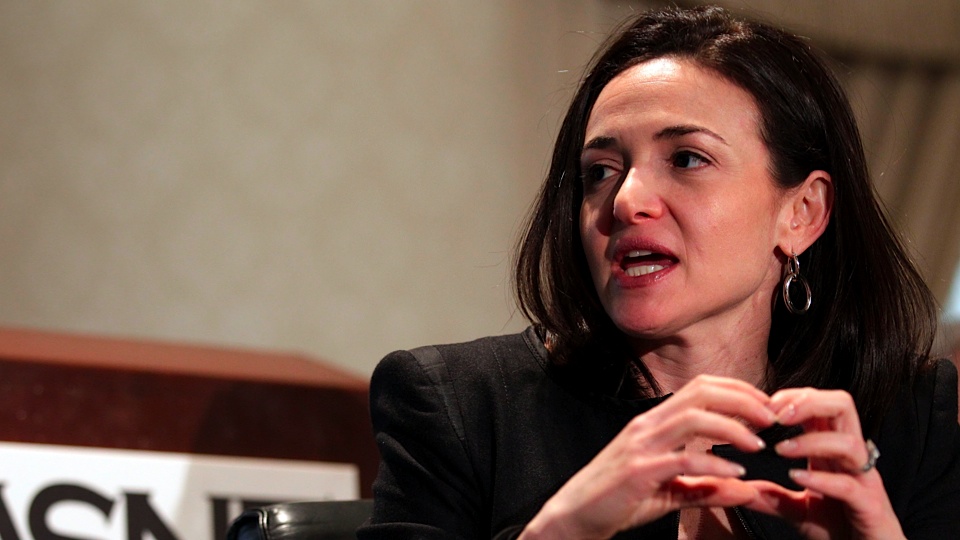 Thank you for your comment to Reel Girl. I’m grateful for your long career in helping women and happy that you wrote No Excuses which I learned so much from. I appreciate your support of Sheryl Sandberg’s book, though in some ways, your email perpetuates a misconception about “sides” that I want to address. You write:

I tend to come down more on the side of changing the system, but then movement building has been my career.

There are no sides here. Women can’t change the sexist system if they the lack basic skills do so. This may not seem like a huge deal in your comment, but this schism is presented and replicated all over the media when discussing Sandberg’s book, just last Sunday again on “60 Minutes,” and it can be distorting.

In 1998, When I was 28, I cofounded the Woodhull Institute for Ethical Leadership to address this lack of skills and also, the class divide in feminism. So many young women, including me, had big dreams, but little idea as to the practical tools of how to achieve them. It was like we’d missed out on a basic training course that the men had taken.

Woodhull’s mission was to train women ages 22 – 35 in the skills they too often lacked. We saw this age period as crucial for women to lay the ground work for successful careers, a time where they needed support and training that they weren’t getting. There weren’t non-profits that focused on career development of this demographic, so we created Woodhull.

Modules at Woodhull included: media training, negotiation, advocacy, how to get published, financial literacy, how to write a business plan, and public speaking. Every Woodhull module included a component on ethics. There’s no point in becoming a leader if you can’t be an ethical one, give back, help people, and do your part to change the world for the better.

Woodhull also provided graduates with an on-going support network and mentorship. Woodhull graduates include Lateefah Simon, who went on to become a MacArthur Genius, Jennifer Siebel Newsom, who went on to co-found Miss Representation, and Courtney Martin, who went on to publish  Perfect Girls, Starving Daughters, among many other Woodhull success stories.

Woodhull ran into challenges raising money. Foundations wanted to give money to non-profits that served 100% inner city/ low income women. Even when 2/3 of Woodhull constituents came from inner city/ low income and were scholarshipped, foundations weren’t interested in that ratio. Woodhull didn’t want to adapt to funders, because part of the reason Woodhull was founded was to bridge the class divide. Women who came to Woodhull valued that diversity. Many said they had no other place to address class differences and similarities openly and to learn from each other. Again and again, we witnessed that young women, across the board, whether from the richest or poorest families, didn’t know basic financial literacy or had difficulty receiving applause without flinching.

Then and now, I’ve got to wonder: When women with access to money and power aren’t achieving, how does that affect all women? Where are women in power? Why are they so invisible? How can we change that? What happens when a rare woman gets to the top, writes a book about her view from up there, and gets attacked for it? As Gloria Steinem wrote, “Only in women is success viewed as a barrier to giving advice.”

You don’t get much more privileged by birth in America than me. My great-grandfather was Charles Merrill, the founder of Merrill Lynch. He was an early investor in Safeway stores, and my grandfather became CEO of that company, building it into the world’s largest supermarket chain. My father was also a CEO of Safeway until he left the company to buy the San Francisco Giants. I think that part of the reason I became a feminist so early is because in the world that I grew up in, the gender disparity was huge. Sometimes it seemed like all of the men were running the world and all of the women were dieting.

Following my college graduation, many of the privileged men I had grown up with went on to start their own companies, open restaurants, publish novels, and produce films. Most of the women I knew, who were smart, creative, and had a sincere desire to have a positive impact on society, took low-paying, low status jobs for big corporations or non-profits.

What I also noticed in these women, and not the men, and an issue that you address in No Excuses, was a profound ambivalence towards success and power, basically what it means to be successful and powerful as a woman in America. For all of these reasons, I founded Woodhull.

The class divide among women, whether it manifests as the stay-at-home vs working mommy wars or feminists against Sheryl Sandberg, is the major challenge keeping women from achieving parity. Even the foundation and non-profit worlds systemically reinforce this fatal gap. If women can’t bridge the class divide, we’ll stay stuck, but if we can overcome it, nothing will stop us.

I can’t wait to check out www.taketheleadwomen.com