The headline and photo from Hollywood Reporter:

Jeffrey Katzenberg now employs far more women producers than men: “You can have a life and still work here.”

I think I can answer the second question.

Here’s a list of films from Hollywood’s “most female driven” studio. Out of 21 movies, 2 feature female protagonists. TWO. “Chicken Run” and “Monsters and Aliens.”

Puss In Boots (Shrek spin off, giving another male protagonist his own film)

Chicken Run (females in this one)

How to Train Your Dragon (Boy trains male dragon)

Over the Hedge (centers on male raccoon)

Shark Tale (centers on a fish voiced by Will Smith)

Monsters versus Aliens (Reese Witherspoon stars in this one!)

Rise of the Guardians (Guardians are 4 males/ 1 female; centers on Jack Frost)

Did I miss something?

This poster for “The Hobbit” is all over downtown San Francisco where I just was with my 9 year old daughter and her entire class on a field trip. What’s missing here?

I know, I know, it’s not Hollywood’s fault. I should blame J. R. R. Tolkein instead. He created the series around mostly male characters. But before I go into Tolkein, I want to know: Have you ever seen an ad for a major motion picture featuring 13 female characters? Ever? Do you think all the other people passing by noticed that this poster is all male? Or is it so similar to all of the other all male, mostly male, front-and center male posters that no one notices that females go missing? It’s just a “normal” annihilation, kind of like a board room meeting at Facebook.

(1) The gender imbalance is not just this movie, it is representative of a pattern, a gender matrix that Hollywood rarely breaks out of.

(2) Everything is derivative. Are we going to be reproducing sexism thousands of years from now because the Bible, the Greek myths, the classics, and DC comics are narratives created by men?

(3) Even when Hollywood makes a movie from a spin off of a character in a classic, time and time again, a male is picked as the new main character i.e. “Shrek 3” led to “Puss In Boots.” The latest?

“Oz The Great and Powerful.” The life story of Oz, the fake ruler, the imposter. He gets his own movie. I’m sure it humanizes him very nicely.

Anyone ever heard of her? Do your children know who she is? There is a book about her. Where is her movie? I didn’t see the preview. 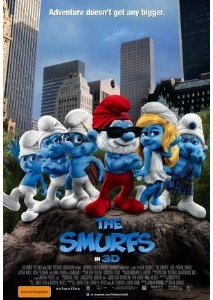