As always, I welcome your comments, but don’t use this space to trash Tucker Carlson. Attack the argument, not the idea. The last thing I want is to mimic the trolls.

Critics love the new book Sugar In My Bowl. The anthology came out this summer, is edited by Erica Jong, and includes my short story “Light Me Up.” If you haven’t gotten your copy yet, you can order it here.

Here are some blurbs:

“The women of this collection make the case that good sex is never exclusively about the act, but also about how you approach it.”
— NPR

“Abundant with affairs, marriages, motherhood and our sexual sense of mortality it is a thoughtful read, a perfect aperitif on a summer evening. The stories penetrate a secret space in our brains we so often neglect: our sense of sexuality.”
— Forbes

“Jong has crafted candid accounts of love and passion from renowned female writers into a sensual and sensitive read.”
— Interview“[Sugar in My Bowl] runs the gamut from pornographic and hilarious to ironic and poignant. The result is a fun, quick, beach read, requiring as much or as little intellectual energy as the reader chooses to invest.”
— Chicago Sun-Times“You can take these women seriously, laugh, squirm, and put hand over mouth at their weird, exciting, uncomfortable, joyous tales of ardor, while still admiring the agility of their prose.”
— The Daily“Jong partners with 28 collaborators to create this fierce and refreshingly frank collection of personal essays, short fiction and cartoons celebrating female desire…A smart, scrumptiously sexy romp of a read.”
— Kirkus Reviews (starred review)

“In this no-holds-barred collection of essays by ‘real women’ about ‘real sex,’ Jong has assembled an eclectic group of authors. [Sugar in My Bowl] is at its most profound when truth illuminates sex as a force in which these women found empowerment.”
— Publishers Weekly

“Sugar in My Bowl is proof positive that women can write seriously about sex and live to tell. It represents a remarkable smorgasbord of experience and perspective, and there’s a dish here for everyone.”
— Shelf Awareness

“These pieces honestly and thoughtfully explore sex and its role in our society from a woman’s perspective, from its place in youth to the golden years….with Sugar in My Bowl Jong has curated a consistently eye-opening and thoroughly readable volume.”
— LargeHearted Boy Blog

“The enticing, thoughtful Sugar in My Bowl proves to be a powerful exploration of women’s relationship to sex.”
— Entertainment Realm

“This book is a Thanksgiving dinner in which each story is a dish more scrumptious, more touchingly homemade than the last. All are so very different, but together they comprise a joyous feast: [an] examination-cum-celebration of female sex and sexuality. A must-read.”
— Gender Across Borders

“The passion, tragedy, and hope—offered by courageous women who express raw feelings that society tends to silence—will resonate.”
— Library Journal

“A refreshing and new contribution to literature about women’s sex lives.”
— HerCircleEzine.com

Some mommy blogs are upset that in Erica Jong’s Op-Ed in Sunday’s New York Times, she suggests women may have lost interest in sex, choosing kids and monogamy over lust and romance. Moms who have babies and young kids blog in response– they don’t have to make a choice, they have kids, they have sex, it’s all good.

I’m one of the contributors to Jong’s new anthology Sugar In My Bowl: Real Women Write about Real Sex and I’d have to say: it’s complicated.

Sugar In My Bowl features 29 women writers and includes fiction and essays about sex. Keep in mind that Jong is the one who edited this book, amplifying the voices and stories of 28 different writers with many views, experiences, and stories different that her own. Jong has never been one to tell women not to voice their own stories or opinions. Quite the opposite.

My story “Light Me Up” is about motherhood, monogamy, and sex. But I didn’t choose to write about sex in this context because sex is “too messy.” I wrote about it because sex is messy. As is marriage. And kids, too. Instead of concealing that, I wanted to write a story about it.

For too many female protagonists, the story always ends when the girl scores the ring; she disappears into narrative oblivion. But marriage is a great story, precisely because it turns out to be the opposite of ‘settling down.’ Marriage is more like jumping off a cliff. My story in the anthology is about a newlywed couple, deeply in love, and I threw some intense, but pretty universal challenges their way involving sex, money, and a new baby.

For women after Erica’s generation– I’m 42, Gen X– being single and sleeping around was pretty safe and normal, thanks to a lot of taboo busting by her’s. At least if you lived in New York or San Francisco and carried condoms. It wasn’t radical to be promiscuous, it was expected.

Picking just one guy to love and lust for, committing to him, having a baby with him– that is fucking terrifying. But I don’t think that’s because it’s a novelty. I think it’s because our generation, and those after us, see marriage more clearly for what it is: high-risk behavior.

We don’t marry because we need a male breadwinner or social acceptance.  So why do we do it? Why do we, literally, put all of our eggs in one basket?

I think, for many of us, it’s because we’re brave romantics.

There’s a non-fiction book on this issue by Stephen Mitchell called Can Love Last? the Fate of Romance Over Time. Mitchell’s basic thesis is: contrary to popular belief, romance doesn’t fade naturally. We kill it. And we kill it because it’s terrifying to lust for and depend on the same person. The more you need your partner, the more courage is required to risk perpetually experiencing the roller coaster highs and lows that come with being desperately attracted to him. Mitchell argues that instead of committing to that dangerous ride, for a lifetime, no less, we flatten our romantic partners into something more stable.

In her book Vindication of Love, Cristina Nehring makes a similar point, taking on the belief that ‘love is blind.’ Nehring argues just the opposite, that it is at those moments when we’re in love, when we see the world through ‘rose-colored glasses’ that we perceive reality. She writes: “Love, far from being blind, is the very emotion that allows us to see.”

Exciting news! Sugar In My Bowl, an anthology edited by Erica Jong published by Ecco/ HarperCollins (“a surprising look at female sexuality in our time”) is coming out in June. I have a short story included called “Light Me Up.” You can pre-order the book on Amazon by clicking here. 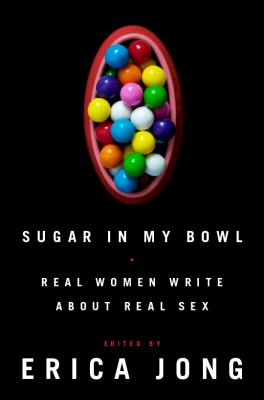