I wrote this for The San Jose Mercury news in 2007 when “Ratatouille” opened. The movie’s hypocritical reference to sexism helped to inspire my blog, ReelGirl. Please read and let me know what you think.

“Ratatouille” made $47 million opening weekend, but as I watched the

film with my 4-year-old daughter, I felt depressed. There was nary a

female rat in sight. I’d forked over $9 so my daughter could get yet

another lesson in sexism direct from Pixar or Disney: No matter if

you’re a rodent, car, or fish – boys are the ones with the starring

roles while girls are relegated to sidekicks.

each features a male hero and multiple male characters; often a token

female is around to help propel one of the guys to greatness.

chef, even justifies her secondary role in the film with a brief

monologue on misogyny: “Do you know how hard I had to work to get

ahead in this male-dominated kitchen?” she yells at our hero.

The speech is there to throw girls a bone, and you can find this

gesture in most modern day motion picture cartoons. It’s that nod to

the audience: unlike all those cartoons of yesteryear, we know this is

sexist, but there’s nothing we can do about it.

When I complained to my mom and sister: “Why couldn’t Ratatouille have

been female? Why no girls – again?” They said, “Didn’t you hear

Colette’s talk? That’s how it is in the real world.” OK, let me get

this straight: It’s just fine to stretch our imaginations to believe

in a talking rat who can cook, but when it comes to gender

roles, we admire realism and authenticity?

When my daughter goes to the movies, she sees animals talk, fairies or

shown a magical land where boys and girls are treated equally, where

gender doesn’t matter. Why can’t Pixar or Disney allow her the fantasy

After I saw “The Lion King,” I wanted to know: Why couldn’t the

lionesses have attacked weak, old Scar? Why did they have to wait

around for Simba to come back to Pride Rock to help them? I was told:

that’s how it is in nature – lionesses need a male to lead the pride.

gobbling them up, but a lioness heading a pride? That could never

happen in the animal kingdom!

Pixar has yet to allow girls any starring roles, but Disney permits it

if she’s a princess. Audiences can count on the contemporary princess

movie to throw girls their bone: Unlike princesses of the past who

unconsciousness, these modern girls get to choose whom they marry.

betrothal to the obvious choice. But these elaborate shows of

independence are bases for entire plot lines, keeping the princesses

stories almost entirely focused on marriage: rebellion within the

When my daughter was watching “Mulan” – probably the most feminist of

all the motion picture cartoons – dress up as a boy to fight in a war,

she asked me, “Why can’t girls fight?” Before she can even understand

how Mulan is empowering, first she has to understand sexism. But does

still believe girls can’t do so many things, like cook in a top-tier

receiving acclaim for her talent, being helped along by a girl rat or

things like plush toys – when I refer to my kid’s animals as “she,”

adults invariably do a double take, checking for manes or tusks: even

female toys must stay in their place. And of course, toys are a big

part of the problem. With today’s mass marketing, all these movie

characters live on as action figures, dolls, games, on T-shirts and

cereal boxes. On my daughter’s kite, her beach ball, her pull-ups, the

born with this fairy tale-princess fantasy embedded in her brain, but

like any kid, she’s self-centered. She likes the movies that are all

about her. Females are half of the population. We pay our $10 just

like everyone else. When can we get more representation in our movies?

How long do we have to wait?

Pixar is made up of a bunch of guy geeks. Disney’s top brass is

practically all male. Maybe when we get more female studio heads, more

roles where marriage may never be mentioned at all. Maybe then people

will wake up, finally recognize the radical lack of imagination going

on in our make believe worlds; Princess Charming finally rescues 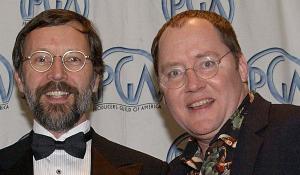 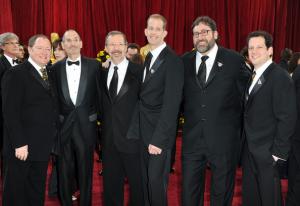 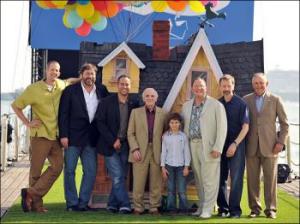