Yesterday, my two younger kids and I saw “How to Train Your Dragon 2.” 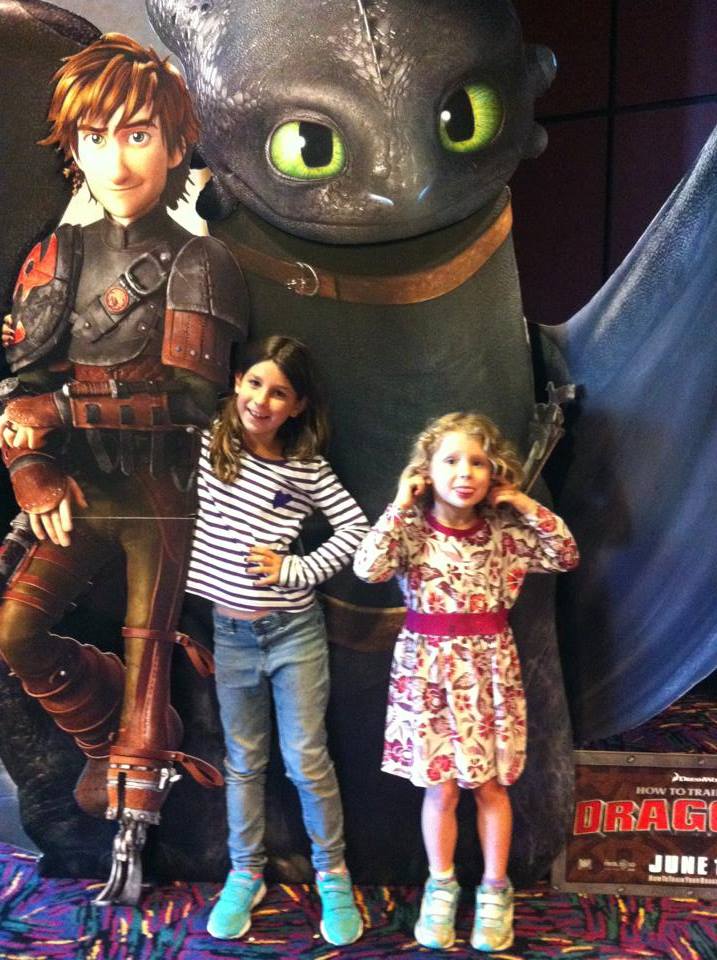 The movie was fun, exciting, showed off some spectacular animation, and we all enjoyed it. “HTTYD 2” also followed the same old, same old pattern where there is a male protagonist while the “feisty” females are stuck on the sidelines providing some crucial role to help the male star achieve his quest.

I could list for you the small gains for females in the movie, such as it opens with a race where Astrid, one of the Minority Feisty, wins. I could add that Astrid is not racing her boyfriend and the star of the movie, Hiccup. That in the next scene, Hiccup is seen soaring through the clouds on his male dragon, Toothless, faster, better, much more daring than Astrid and her she-dragon. That Hiccup actually flies himself, dragon-less. I’m not going to list all these baby (“feisty)” steps females are allowed to take in this narrative– telling you those two scenes is enough, because that, right there is the pattern of this movie: females are allowed to be strong, just not as strong or as important as the males. “HTTYD 2” reminded me of a well known interview— at least well know in my feminist/ internet world– with Kevin Smith and “Tower Prep” creator Dini about Cartoon Network, where Dini quotes CN:

This gendered scenario is just what you will see in “HTTYD 2.” Let me add that I really loved the Minority Feisty in this movie. I’m not going to “spoil” it for you, but one female in particular is really great.

I recently got this comment from a 13 yr old on my review of “How to Train Your Dragon.”

Hello! I’m a 13 year old girl who is a huge fan of Harry Potter, and I loved the movie How To Train your Dragon even though the I haven’t read the books-yet. I agree that there should be more female main characters, but the reason that doesn’t happen with popular series like Harry Potter and Percy Jackson is because boys don’t generally read stories about girls. I completely understand and agree that it’s wrong. What I don’t understand is why you seem to dislike amazing stories such as Harry Potter and HTTYD ( at least, that’s the impression I have) simply because the main character is a boy. Isn’t that just as unfair to the boys as people are to the girls? And dream works, I think wouldn’t have changed the gender of hiccup since that would be completely disrespectful of the books. They should have a movie with a female main character, but I think it’s fine if they didn’t do it with how to train your dragon. As far as books go, recent popular series such as divergent and the hunger games do have strong female characters, although they aren’t fantasy.Also, both stories did have strong female characters. Harry wouldn’t have made it past the first book without Hermione and Astrid is anything but a damsel in distress. Thank you for reading this; I simply wished to point out a few things, but I do agree that overall there should be more female main characters in fantasy.

Thank for you comment, it’s great to hear from teens on Reel Girl.

“What I don’t understand is why you seem to dislike amazing stories such as Harry Potter and HTTYD ( at least, that’s the impression I have) simply because the main character is a boy.”

I love Harry Potter! Love it. If you read my posts on it, you will see how many times I write about how I love the series and admire the author. I also love Lord of the Rings. I haven’t read HTTYD. In spite of my love for these books, I am sick and tired of reading about male protags again and again and again. It really bothers me when people refer to a Minority Feisty in these stories (Hermione, Astrid etc) and act as if that makes the narrative feminist. In too many books for kids, girls are allowed to be powerful only if they are (1) in the minority compared to male charcaters (2) Helping the male protag on his quest. It’ snot tha i don’t like these stories, but the repetitive pattern of gender roles is restrictive and limiting to girls and boys.

Bluebell wrote me one more time:

Thanks for clarifying! It’s good to know that you do like Harry Potter and HTTYD. Also I realized that when I first read this I was thinking about how there are lots of fiction books with strong female main characters, but there aren’t really that many fantasy books like that. And I spend most of my time reading fantasy so I would know. Also I want to be an author when I grow up (well, as soon as possible, really- why wait? ) and I find it easier to write about girls than boys. I guess not too many authors are like that then. Thanks for replying!
Bluebell

Once again, my problem is not the individual children’s movies which are often great, but the gendered pattern where males star while females are marginalized or sexualized, stuck in supporting roles on the sidelines, in fantasy world, a world where anything should be possible. Instead, it’s like: Have no fear audiences, “HHTYD 2” is so firmly grounded in the patriarchy model that the villain’s name is Alpha, as in Alpha male, the king of all  dragons.

The Minority Feisty phenomenon in children’s movies– that females are allowed to exist, to be “feisty” but they must not be the protagonist or  be in the minority– is a dangerous one. Parents see Astrid, or Wyldstyle from “The Lego Movie,” Andie and Precious from “The Nut Job,” Penny  from “Mr. Peabody and Sherman,” the list goes on and on and on, and think, “Okay, we’ve got that covered, there’s a strong female or two or three.” But in 2014, 18 children’s movies star males while just 6– a Minority Feisty of them– star females. Females are one half of the kid population, so why do girls go missing? Why are girls presented in fantasy world as if they were a minority?

I recently saw a post in “The Week” about a Minority Feisty in “The Edge of Tomorrow:”

It’s the Female Yoda Phenomenon: A seasoned warrior who has the knowledge and skill to transform the ineffectual everyman into a heroic savior. She is smart, competent, and tough. At her most mundane, she will teach the hero about responsibility and maturity (Knocked Up). At her most powerful, she will use her countless skills to make the male hero into a fighter like herself (Matrix, Edge of Tomorrow).

I like the term “Female Yoda Phenomenon” but what’s changed in children’s movies since Katha Pollitt coined “The Smurfette Principle” is that there is often more than one feisty female. In kids’ movies, its not about “one female yoda,” but about repetitively showing females as if they were a minority.

There has been some talk about the gay character in “HTTYD 2.” Am I happy the guy got one line about how there’s “one more reason” he didn’t get married? I guess, but I’d rather the movie just show a gay couple, a gay couple who are married. This is fantasy land, where fire-breathing dragons are best friends with humans, and we can’t imagine a gay, married couple? Or an animated population where we see as many females as males? I’ll remind you of Reel Girl’s tagline: imagining gender equality in the fantasy world. Sadly, it’s much rarer than a unicorn.