The race for California’s Attorney General is getting dirty. Unusual national interest is suddenly coming to California’s election from a group in Alexandria, VA called The Republican State Leadership Committee, a group cofounded by Karl Rove. This committee just put 1.1 million to fund attack ads against Harris now showing in Los Angeles.

To put the size of this last-minute effort in context, consider that Harris has spent about $3 million for her entire campaign – which she raised within the legal limit of $6,500 per donation, with the identity of each contributor a matter of public record. 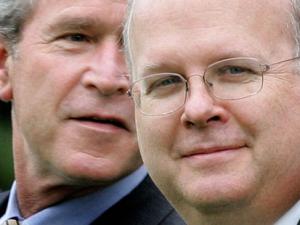 “There’s a bunch of people in Washington led by Karl Rove and Ed Gillespie [the former Republican National Committee chairman who now runs the Republican State Leadership Committee] who don’t like what the Democratic attorneys general have been up to.

“They are targeting Kamala Harris, but more importantly, they are supporting Steve Cooley…. They know that he is the guy who’s going to go easy on the tobacco companies and oil companies.”

Most Democrats believe that “the female Obama” will go far in America politics. She’s a powerful woman who has fought for women and children for her entire career and pretty much stands for everything Karl Rove and the Bush Administration is against.

I hope women support Harris by writing checks now and with their votes on election day. More on Kamala Harris here.